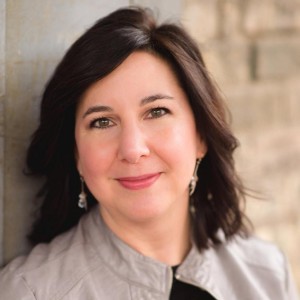 There’s been considerable debate in recent weeks on the topic of generations.
The ‘OK, Boomer’ campaign reached a fever pitch globally. The phenomenon started when an unidentified Boomer man posted a rant on TikTok against young people. Thousands of teens and 20-somethings on TikTok responded, posting videos and memes and creating ‘Ok, Boomer’ merchandise. The campaign has been referred to as a “mass retaliation” by Gen Z to the political, economic, and environmental choices made by decision-makers which have negatively impacted this generation’s quality of life.

On the other end of the spectrum, a guest author said in an Association Chat interview last month that a person’s generation “has no relevance” to how they behave or what influences them. He goes so far as to say the concept of generational data-mining is “broken” and “nuts”.

It’s ironic, isn’t it? Gen Zs worldwide organized a campaign as a direct result of their shared negative political, economic, and environmental experiences at the same time, an author proclaims there is no relevance to shared generational experiences.

What can we learn from these conflicting views? There are beneficial insights to glean from each.
In his Association Chat interview, the author urged us to consider the values that drive behavior and to avoid making stereotypes, and I wholeheartedly agree. I don’t agree with his dismissal of generational research, but organizations need to avoid jumping to conclusions and making broad generalizations.

Not every Millennial likes avocado toast, and it’s never a good idea to shift your entire marketing budget to Snapchat simply because you assume that’s where young people find their information and want to hear from your organization. Doing the research, and seeking to understand your audience and the unique drivers and values within your organization is imperative.
And as in-your-face the Ok Boomer campaign might be, we must look beyond the sarcasm to the cause driving the campaign. It’s a reminder the actions we take today as leaders will influence future generations, and we should strive to be mindful of forging relationships with and listening to the voices of students and young professionals. Robbing these influencers of an opportunity to be heard or participate is likely to have dire consequences — and let’s face it, our organizations desperately need their participation, skills, and talent to survive.

As in politics, it’s easy to get wrapped up in the polarization of differing opinions and approaches. We must be willing to look past the differences to find common ground and educate ourselves on the real motives behind each raised voice.

Let's take the pulse of how members think of different association practices.
You can use the insights to stop declining memberships and engage existing members better.
Learn more

The 2022 Membership Marketing Benchmarking Report, published by Marketing General Incorporated, is an urgent call for community-building. For the eleventh consecutive year, MGI has conducted its annual survey, and the corresponding report highlights membership trends and the tactics proven useful in recruitment and renewal.

According to the report, 45% of associations reported membership growth over the past year; 54% reported flat or declining membership.

I interviewed Tony Rossell, MGI Senior Vice President, on the report’s findings. “The majority of associations are seeing declining or flat membership. This is the lowest growth rate since the Great Recession,” he said. As recently as 2012, 52% of associations reported growth.

Generational trends were prominently highlighted in the report. “Our data shows that associations with a higher proportion of Baby Boomer members are seeing decline or stagnation, and those with a higher proportion of Millennials are more likely to see growth. Those cracking the code on how to reach young people are seeing better results in membership which is interesting,” he said.

“In fact, associations reporting declines in membership totals are much more likely to report their specific challenges in membership marketing are related to their struggle with attracting or maintaining younger members.”

Rossell said the data suggests that young professional programs, innovation, and value creation are important drivers of membership growth. “We cross-tabulate the research, and the associations that have more member input have seen more growth in the last year,” he noted. Associations reporting positive outcomes in membership also report higher innovation and level-of-value scores, which speaks to the imperative of innovation.

According to the report, 76% of the 693 associations surveyed believe their organization supports innovation. But when asked how innovative they consider the association to be, just 1% said ‘extremely,’ 12% said ‘very’ innovative and only 23% have a specified process for innovation.

Regarding value, Rossell noted an obvious market shift since MGI first started doing the research. “It used to be the most valuable deliverables associations could provide were volunteerism, selling books, and providing insurance. Today, the value is in public and private networks and the participation of people in young professional programs. Value is changing, and how people interact with an association and with one another is changing.”

With the decline in membership growth, how is Rossell feeling about the future of membership? He’s cautiously optimistic.

“People do relate and connect to membership. The concept of associations remains relevant and meaningful – associations just have to go about creating the membership experience and value the right way,” he said, then added a note of caution. “In the coming years, membership will come under more pressure, and I think the next recession, whenever that happens, will be a real challenge for many associations.”

Rossell has been an avid follower of my work, and he noted that the predictions I made in my book, The End of Membership As We Know It, and others are now popping into the MGI data. “It’s very interesting. So many of the things you (Sarah Sladek) focused on in your last three books are now being validated in our (MGI) research. It’s really, really cool. We’re seeing lots of data that supports what you’ve been talking about all along.” And this is why the generational topic is more controversial yet more relevant than ever.

The gap has long been predicted, but far too few organizations have prioritized its resolve.  There are still organizations struggling to engage the next generation, and there are still young people feeling ignored, disrespected, and desperate for change. Until these issues are resolved, we’ll continue to observe disengagement, decline, and conflict.

As you plan for 2023, I urge you to carefully consider the best way to foster relationships in your organizations and to prioritize the future. Seek to be open to new ideas and new people. Avoid the stereotypes and stop making assumptions, and instead, get to know – really know and understand — your audience and how it’s changing.

To learn more about what generational conversations your association needs to be having contact Sarah Sladek & Co today! Here and now, companies are struggling to navigate the Great Resignation and a post-pandemic world simultaneously. In both cases, employee expectations have changed, and employers are trying to establish parameters and figure out how to make work “work” in a flexible, virtual, hybrid, chaotic, and Walt Disney World offers an experience, as do Apple Stores, Cirque du Soleil, the Geek Squad, Dave and Buster’s, American Girl, and TED Conferences.  We recognize and cherish these as great consumer and entertainment experiences. Perhaps even more thrilling is the proof that experiences also “There’s no way we’re printing that passage. That’s not realistic, and every executive out there will have a fit.”    This was the response I received from an editor upon reviewing the first draft of one of my books. I had included a passage about